Craft beer in bags: to achieve 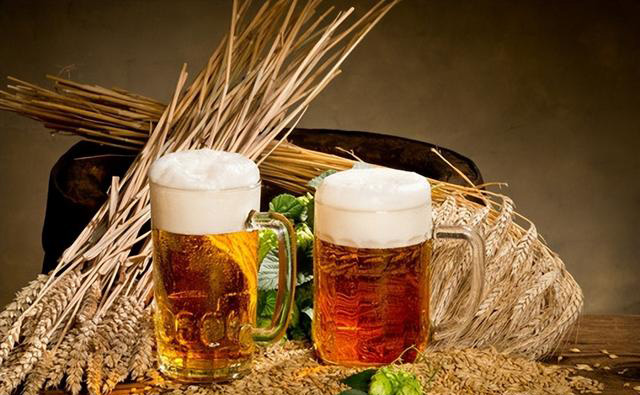 Beer is indispensable in summer carnivals, but with the upgrade of consumption, beer consumption has also changed a lot. From green bottle beer to craft beer, people are increasingly pursuing the quality enjoyment when drinking beer. What follows is that craft beer has gradually evolved into a core component for various wine companies to tap new economic points, and various craft beer halls have also sprung up. In this process, bagged craft beer has achieved double upgrades in terms of packaging and quality, and is favored by consumers. How does the spout pouch filling machine perform in the production of such products?

For a long time, people's perception of the form of beer is mostly based on bottled, but in Qingdao and other major beer-producing areas, there will be a variety of loose beer, and packing beer into plastic bags seems to have developed into a form of beer. city symbols. It should be mentioned here that the beer that can be put into plastic bags is mainly draft beer without traditional sterilization treatment, and freshness and refreshing taste are its main pronouns. From another point of view, this actually shows that people have a high quality demand for beer consumption, so the rise of craft beer in the market in recent years can be regarded as traceable.

Craft beer is different from the green bottle beer (that is, industrial beer) in our conventional understanding. The annual output is controlled within a certain range, the winery has greater autonomy, and the variety and freshness of hops are paid attention to. These are some of the main characteristics of craft beer.

To use a simple example, industrial beer pursues high output and high profit, and it is the norm to add a variety of auxiliary materials to the wine for blending, while craft beer pays more attention to the original taste and flavor of the wine. For example, craft beer is brewed with pure barley and wheat. It can also be applied with new raw materials and new brewing processes according to the brewer's preferences and technological development, so as to obtain flavors such as coffee, chocolate, and fruit. Beer products have a rich taste, mellow taste, and fine and rich foam, which are different in "quality" from the industrial beer that everyone often drinks.

With today's consumers pursuing more refined life enjoyment, craft beer has gradually become a popular and concerned product in the beverage market in recent years. Whether it is Tsingtao Beer, Yanjing Beer, China Resources Snow, Venus Beer, etc., which have launched new craft beer products, or the emergence of new brands such as Panda Craft Brewing, Master Gao, and Beijing A, the domestic craft beer track has become very popular in general. lively.

It is worth mentioning that in the process of distinguishing craft beer from industrial beer, the application of the bag form is actually a distinctive feature, and it is also a major form of arousing people's sense of fresh consumption. Although craft beer highlights the "handmade" element in production, in order to meet the overall production needs, the application of mechanical equipment in beer bagging and other links is still indispensable. It is understood that relying on bag opening detection technology, servo control system, etc., the spout pouch filling and capping machine can efficiently complete integrated operations such as bag opening, filling, capping and sealing, and provide high-quality back-end for craft beer and other liquid materials. processing. For craft beer that emphasizes freshness, the strong sealing and high production efficiency of the stand-up pouch filling machine will also provide technical support for the product to reach consumers from the brewery offline, escorting good quality.

All in all, in recent years, craft beer has also become a major "window" in the food and beverage industry. Under the increasingly crowded track, good quality and good reputation will inevitably become the key foothold to establish a competitive advantage. It is very important to speed up innovation in terms of packaging form and upgrade in terms of quality. Timely speeding up the iteration of new and old production capacity in production workshops will also become an important part of improving competitiveness.